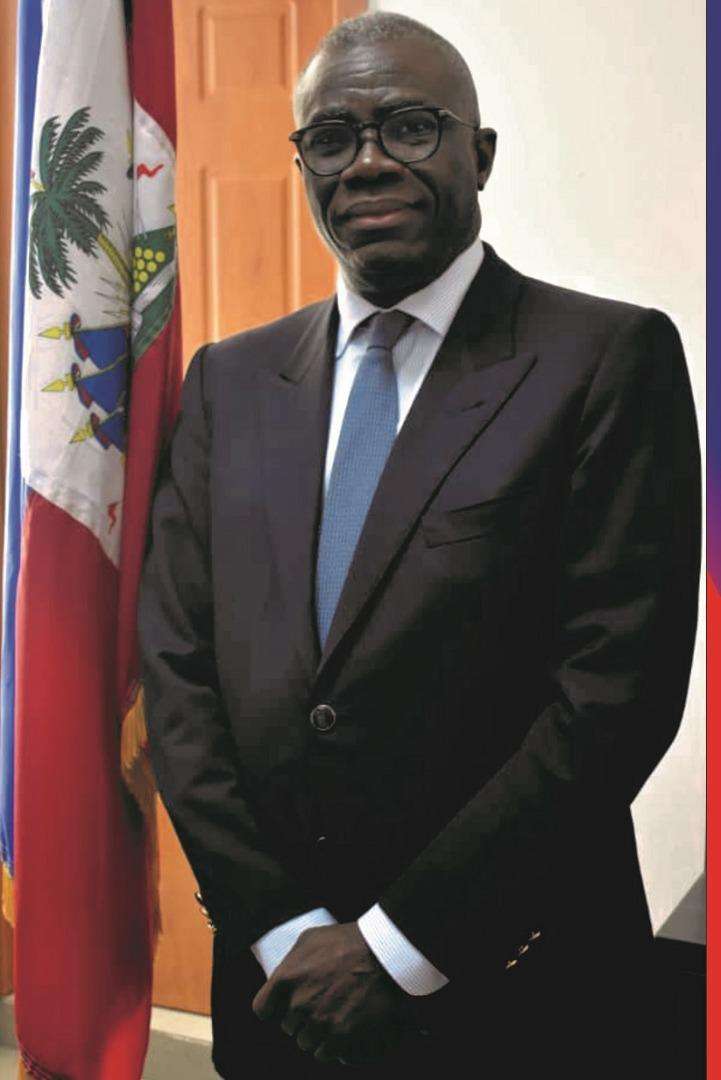 After the assassination of President Jovenel Moise in Haiti, the situation remains very tense and complicated. There is still no certainty either about the investigation that began after the assassination of the President or about the political evolution of the country. This climate of uncertainty, at times dramatic, makes life even more difficult in one of the poorest and most unstructured countries in Central America. To shed light on the future of this people, we interviewed Jean Walnard Dorneval, ambassador, former defence minister and personal friend of the assassinated president.

AMABASSADOR DORNEVAL, YOU HAVE HAD A LONG DIPLOMATIC CAREER: WHY DID PRESIDENT JOVENEL MOÏSE GIVE YOU THE POSITION OF MINISTER OF DEFENSE RATHER THAN THAT OF MINISTER OF FOREIGN AFFAIRS?

The Ministry of Defense is a key ministry in the reconstruction of Haiti, and today Haiti faces a great challenge regarding the security of people and goods, territorial security and everything related to national defense. Last year, President Jovenel Moïse, to whom I was the Special Advisor, chose me to be the Minister of Defense; I am currently no longer minister.

YOU CAMPAIGNED WITH JOVENEL MOÏSE, YOU WERE HIS PERSONAL FRIEND, CAN YOU TELL US ABOUT HIM?

Jovenel Moïse felt deeply attached to his country: he studied in Haiti, was an entrepreneur and always worked here. He believed that we Haitians were destined for a great future and was thus committed to fighting for his vision of solidarity, peace, and greatness for this country.

PRESIDENT JOVENEL MOÏSE’S OPPONENTS HAVE OFTEN DESCRIBED HIM AS A DICTATOR. HE HAS ALSO BEEN ACCUSED OF HAVING DESTROYED ALL OF THE COUNTRY’S INSTITUTIONS, OF HAVING MAINTAINED CLOSE RELATIONS WITH GANGS, OF HAVING BEEN RESPONSIBLE FOR MASSACRES OF THE POPULATION, OF NOT HAVING ORGANIZED ELECTIONS FOR THE RENEWAL OF POLITICAL PERSONNEL, OF WANTING TO REMAIN IN POWER BEYOND FEBRUARY 7, 2021 IN DEFIANCE OF THE PROVISIONS OF THE CONSTITUTION. HOW DO YOU RESPOND TO ALL THIS?

It is unacceptable to say that Jovenel Moïse wanted to remain in power beyond his constitutional mandate. He was elected in December 2016 and took office on February 7, 2017, for a five-year term that was supposed to end on February 7, 2022. A smear campaign was orchestrated abroad because it is easier to manipulate remote public opinion, but Haitians never took this argument seriously.

As for gangs terrorizing the population, this is the strategy of oligarchs undertaken to foster a climate of insecurity and violence with the sole purpose of inciting the anger of Haitians against their leaders. This regressive minority – who has never accepted equal access to the country’s riches – finances, subsidizes and supplies weapons and ammunition to gangs so that they constantly maintain a climate of insecurity. 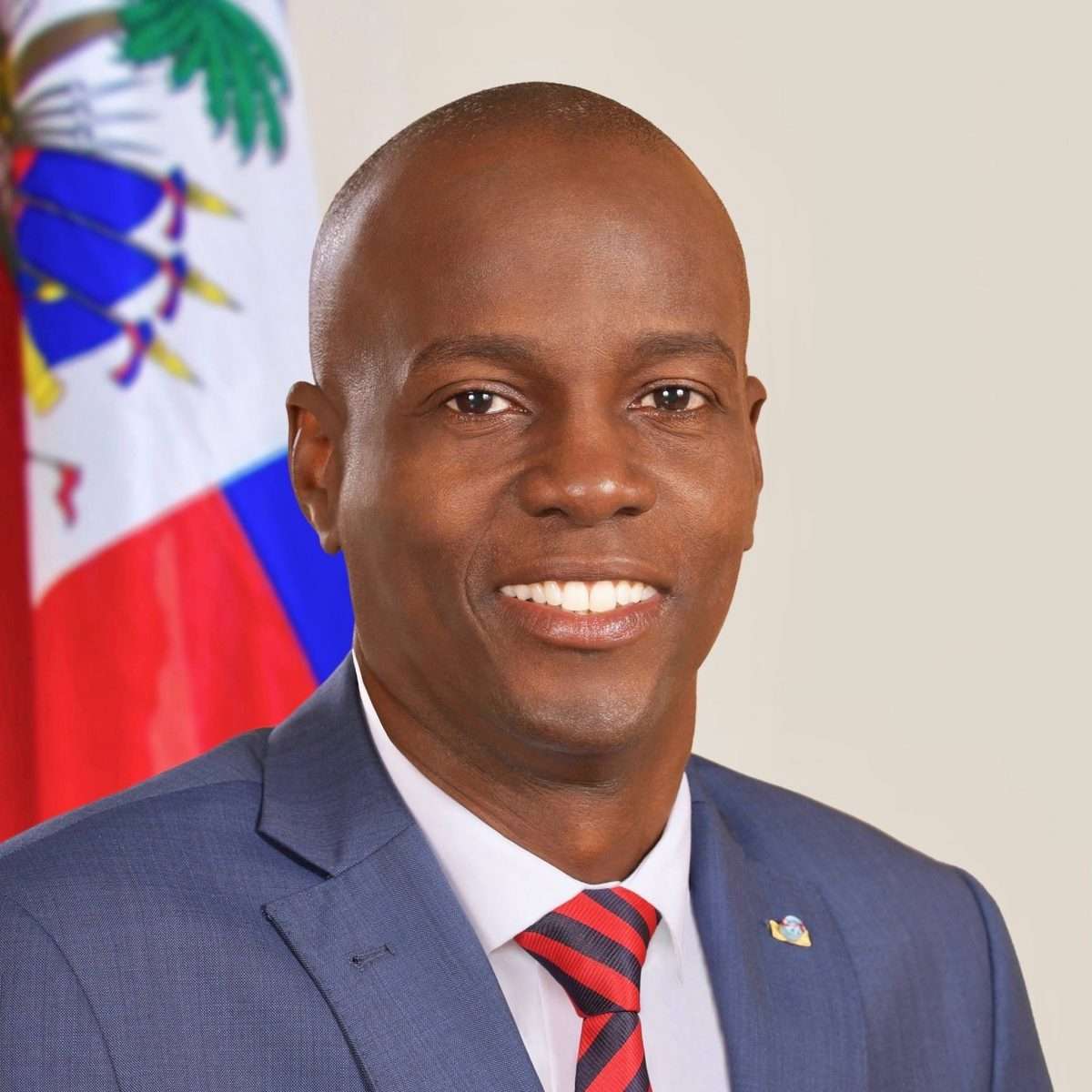 Regarding the lack of elections, it should be kept in mind that to organize them, the Parliament would have had to approve the electoral law, which would then have been propagated and published by the Executive. On several occasions, Jovenel Moïse presented a draft electoral law that was, however, never approved by Parliament.

Due to the lack of elections, as of January 2020, the Parliament has therefore lapsed. The President has only acknowledged this lapse, as other Presidents have done before him (René Préval in 1999 and Michel Martelly in 2015). And even these presidents, like Jovenel Moïse, have governed the country by issuing decrees – as allowed by the Constitution – while waiting for new elections.

PRESIDENT MOÏSE WAS ASSASSINATED AT HOME, IN HIS PRIVATE RESIDENCE. WHO DO YOU THINK KILLED THE PRESIDENT? AND HOW WAS IT POSSIBLE TO REACH HIM SO EASILY IN HIS RESIDENCE? WHAT WENT WRONG AT THE SECURITY LEVEL?

The ones responsible are the corrupt oligarchs he exposed, the ones he fought against. Let’s not forget that in Haiti, about twenty families control roughly 90% of the country’s wealth. Jovenel Moïse wanted to put an end to this corrupt system and chose to tackle it with absolute determination. Today we know these perpetrators, we all know who they are. Whether it is a contract in the electricity or gas sector, one related to ports or airports, the country’s assets are in the hands of corrupt oligarchs who refuse to play by the rules of the game.

This corrupt system was put in place as early as Haiti’s independence, when all foreign powers laid the groundwork to establish a form of modern slavery in the country, giving a caste of people the same powers the colonisers had. That is how today we still find ourselves with this corrupt oligarchy that thinks it is the master of the state.

I think that there was a major conspiracy against the President that certainly has foreign implications: there is no doubt that most of the assassins of the President came from foreign countries and that to carry out this crime, it was necessary to cross many states that could have known the objective of the operation. Then, there were certainly flaws in the presidential security system; I would even say possible forms of collusion. The main perpetrators are currently in jail and justice will have to determine the degree of responsibility given to heads of the units in charge of the presidential family’s security.

The president was very popular, everyone knows that. We conducted opinion polls every month. At the time of his death, the polls said that we had between 65% and 70% favorable opinions. The people who plotted the coup against the President thought that after this crime, people would take to the streets in euphoria and carry out acts of looting, a circumstance that would show that the population did not support the President. On the contrary, Haitians have shown incredible maturity, remaining quiet and calm and demanding justice. Now the people who killed the President fear. They believed that everything would end with his death, but now the President is more alive than ever because his ideas live on in the hearts of every Haitian. We will all continue to work so that this memory remains alive, we will carry on the projects of President Jovenel Moïse also on the political level. We will present candidates at all levels in the upcoming elections. We will have candidates in the Chamber of Deputies, the Senate, the Presidency and in the Territorial and Local Communities.

TODAY HAITI IS A COUNTRY ADRIFT, WITH PROBLEMS AT ALL LEVELS. RAMPANT CORRUPTION IN PUBLIC ADMINISTRATION, TORN SOCIAL DYNAMICS, NOT TO MENTION THE PROBLEMS RELATED TO INSECURITY. MONSIEUR DORNEVAL, HOW CAN WE TACKLE THESE ISSUES?

Jovenel Moïse has been one of the biggest fighters against corruption in Haiti. Strangely enough, there is an entire narrative that has been sold to the world making it look like Jovenel Moïse’s government was corrupt. In the last 50 years, there has been no government like Jovenel Moïse’s. No one in Haitian society can honestly say that the president’s name was involved in money or corruption. In the early years of his presidency, individuals he called “corrupt oligarchs” tried to bribe him by offering him over $40 million which he refused. So, unable to bribe him, they planned his murder. But Jovenel Moïse was not the only one in his government who was not corrupt. I was Minister of Defense, do you think someone approached me to make me an offer related to corruption? People knew that I would have them arrested. I know many other colleagues to whom people would not have dared to make offers that had corrupt aspects.

Security is a vital issue for our future that we will have to tackle for the next 20 years. Haiti will have to rebuild its armed forces and it will have to control its territory and ensure its security. And for that, it needs a strong, well-trained, and well-equipped army and adequate information and intelligence services. There is no doubt that the police alone will not be able to guarantee the security of this country.

MORE THAN TWENTY DAYS AFTER THE ASSASSINATION OF JOVENEL MOÏSE, HAITI STILL DOES NOT HAVE A PRESIDENT. WHAT IS THE CURRENT SITUATION IN THE COUNTRY?

The situation is as provided by the current Constitution, which states that the current Prime Minister must remain in office to guide the government. But since the President, shortly before he was assassinated, had had time to appoint Dr. Ariel Henry as a new consensus Prime Minister, we thought it best that this Prime Minister take office immediately and form his government. This government has the mandate to organize the elections and ensure the necessary security conditions for them to take place so that on February 7, 2022, power will be handed over to an elected President, a functional Parliament, and the Communities.

My last word is to say that Haiti is a land of hope: we Haitians even in misfortune always see hope. I believe that Haitians will be able to find strength within themselves and the ability for dialogue necessary to rebuild the country, to develop it, to restore its security and to allow every citizen to be able to enjoy what his country has to offer.