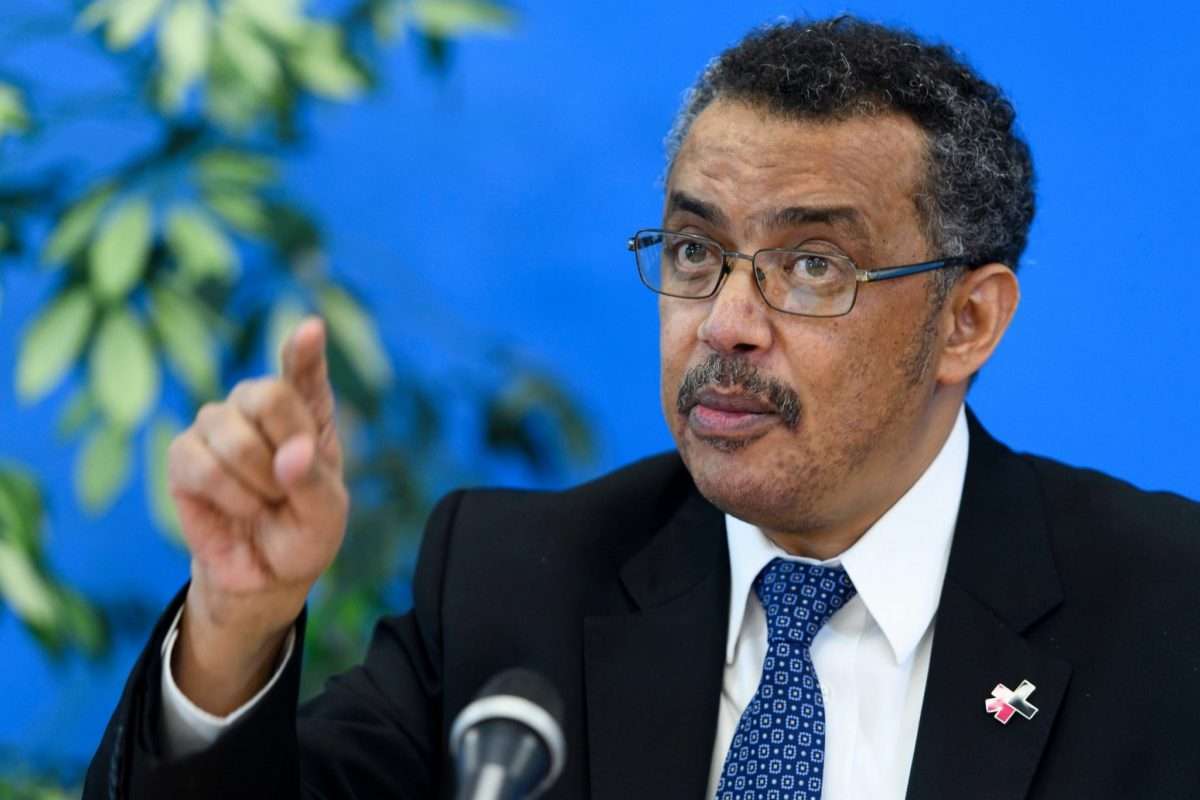 The director of the World Health Organisation, Dr Tedros Adhanom Ghebreyesus, has, in spite of himself, become the symbol of resilience, but not to the Coronavirus, as one might have hoped, but to the accusations. He has been accused of the worst abuses, but he has remained firmly anchored to his chair, never backing down. The government of his country, Ethiopia, through the mouth of the army chief of staff, General Birhanu Jula, has simply called him a “criminal”. Not only that, but in a statement relayed by all the major international agencies, Birhanu explained that Tedros was threatening national security by supporting the Tigray rebels, his ethnic group.

These very serious accusations have fallen on deaf ears, with the international community standing by and watching. Tedros issued a denial, then the media machine that was built around him did the rest. And so once again the director of the WHO has remained in place to look after his own interests and those of his allies. The secret of this former foreign minister of the previous Ethiopian government who built his fortune on the management of humanitarian aid for the Horn of Africa is right here. Huge economic resources accumulated over time, the ability to direct communication and humanitarian organisations.

General Birhanu’s accusations are very serious because they explain how Tedros is not only acting as Tigray’s diplomatic ambassador, using all his media power to push that cause, but is also procuring armaments for the rebels.

Tedros got away with this: ‘There have been reports suggesting that I am taking sides in this situation – Tedros said in his statement – but that is not true, I mean I am only on one side and that is the side of peace”.

Birhanu is of a very different opinion: “He himself – the general said on television – is a member of that group and is a criminal”. At this point, to make the picture a little clearer, it is perhaps useful to remember that Ethiopia and Eritrea, and with them, the entire Horn of Africa, have been held hostage by the Tigrines for more than 20 years. A story not told by the so-called great press or badly told.

This ethnic group, in fact, after defeating the communist dictatorship of the Derg thanks to the decisive help of the Eritreans, immediately succeeded in conquering the government in Addis Ababa and from there managed power for more than two decades, leaving the two majority ethnic groups of Ethiopia, the Oromo and Amara, on the sidelines and fighting bitterly against the former Eritrean allies. A dominion obtained thanks to the Tigrinya’s ability to appear to Western eyes, especially the Americans, as the balancing force that would have guaranteed peace in the area and protected above all the interests of Washington and Brussels. 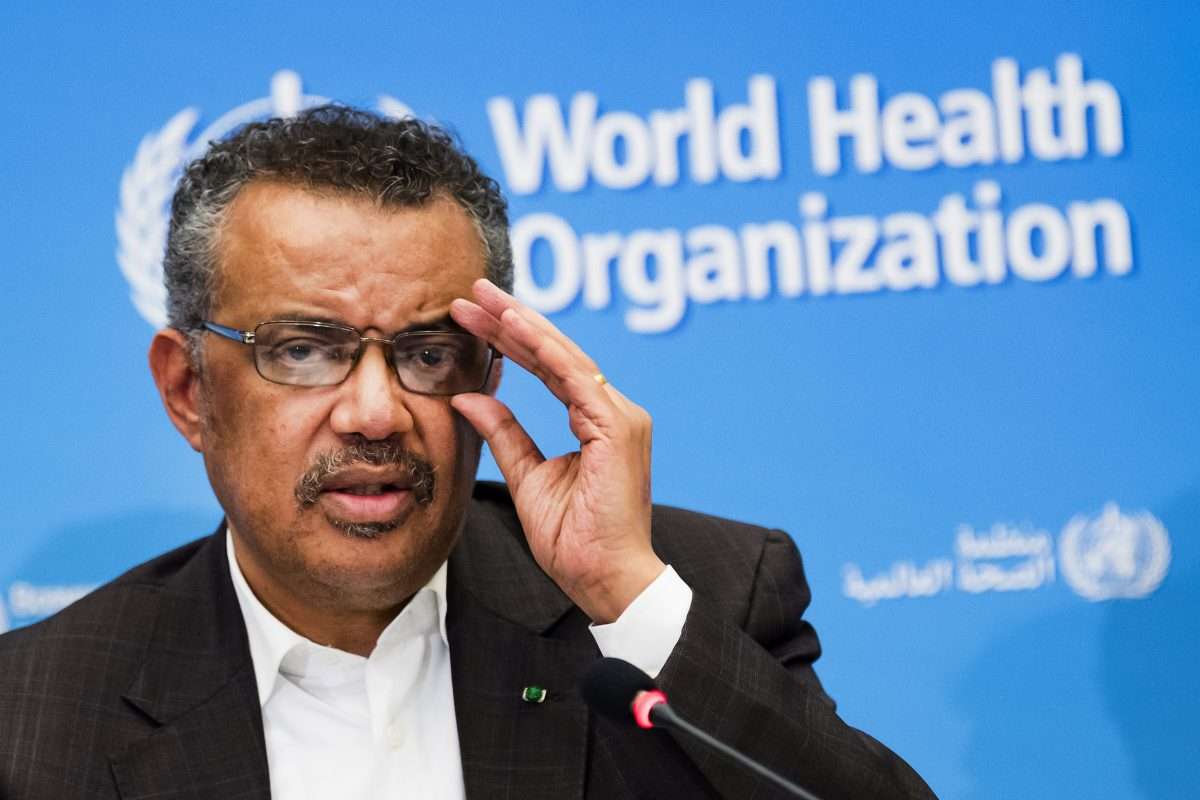 A successful operation that, year after year, has llowed first the historic Tigrinya premier, Meles Zenawi, and then Tedros, his worthy heir, to keep power firmly in the hands of their ethnic group. Things changed, first with the Oromo and Amara street riots against the Tigrinya elites, then with Abiy Ahmed’s rise to power. A young leader, progressive and pacifist, elected premier by popular acclaim, who in the space of a few months made the peace agreement with Eritrea, has strengthened the ancient relations of friendship with this people while at the same time forging a strong personal understanding with President Isaias Afewerki, a leader who has always been ready to support the projects of pacification and development of the area.

From this point onwards, the Tigrinya elites, by now desperate, tried to react with every instrument at their disposal. First they tried to overthrow the newly elected government, then they tried to kill President Abiy, in the meantime nominated winner of the Nobel Peace Prize, a prize they shared morally with Afewerki, then, seeing themselves lost, they began to play on the level of military provocations and, naturally, on the level of the media, their old speciality.

The Tigrinya-based military, which over the years had concentrated the bulk of Ethiopia’s armaments in its home region, first disregarded the peace agreements and then continued their armed provocations against the Eritreans. Finally, they decided to rebel against the central authority in Addis Ababa, effectively proclaiming the autonomy of Tigray. This is the old dream of Meles and his associates: to empty Ethiopia of all its riches and then to balkanise the area ensuring Tigray a hegemonic role.

At that point, after having tried various mediations and after having suffered a serious attack in its North Command base with numerous losses, the Ethiopian army broke the delay and entered into arms in Tigray, restoring order and thus sanctioning yet another and final defeat of this minority. But this is where, according to various Ethiopian sources, Tedros, the last Tigrayan still in the field, comes back into play. And he does so with his own weapons: international relations and communication.

In these conditions, in fact, he can only use what he has left: a lot of money and many relationships built up over time. According to political sources in Addis Ababa, the umpteenth disinformation campaign that has begun in recent months to discredit Prime Minister Abiy is inspired by the Tigrinya people with the sole aim of weakening the Ethiopian government’s international reputation.

As far as we know, and these are just examples, most of the riots and violence that broke out in Macallè and other towns in Tigray were due to the fact that the local military, before surrendering to the Ethiopian regular army, opened prisons, freeing thousands of common criminals. The story of the NGO vehicles stopped by the Ethiopian military is true, but it only happened because there was good evidence that they were intended to help Tigrayan leaders wanted by the Ethiopian authorities to escape. And again: several testimonies show that the borders with Eritrea are free, in the sense that those who want to return home, including refugees who were hostages of the Tigrinya, do so. The narrative of deportations appears to be yet another media fabrication. Even certain letters sent around by former ambassadors seem completely specious and reveal a desperate attempt to safeguard personal interests established with the old Tigrinya administration.

It is now clear that we are facing a huge humanitarian emergency, the result of three separate and very serious crises: the famine (post locusts), the pandemic and the military intervention in Tigray, which, we must not forget, was necessary to safeguard the very existence of Ethiopia, which was endangered by the Tigrayans of the TPLF. It is a terrible situation that everyone should face without speculating to achieve their own political or hegemonic goals. But so far, the Tigrins have not listened to reason, continuing to play their desperate game, trying to oppose by any means the course of a history that is now marked.

Into this dramatic scenario comes a figure like Tedros, who, as a top World Health Organisation figure, is supposed to save the world from the pandemic, but instead seems only concerned with protecting the interests of his sponsors, China above all, and his Tigrinya cronies. His objective is clear: to hope that China will support him in his next re-election as director, to defend his own economic interests and those of the Tigrinya clique. A style, moreover, consistent with his life story.

Tedros knows that everything will be at stake in the coming months. If he leaves the WHO, he will lose visibility and international relations, especially with the GMOs, which, despite themselves, have too often been the Tigrinya’s good fortune. If it loses power it also risks that sooner or later the Ethiopians will be able to document in an international court the criminal role it played during its management in the previous Ethiopian government.

In this sense a decisive, and in this case positive, role could be played by the United States of America. The new administration led by Joe Biden has taken over a series of dossiers that Donald Trump had dismissed. These include both the Horn of Africa and the WHO. Kamala Harris has already spoken to Tedros announcing the US’s return to the organisation. It remains to be seen whether Washington, in this pandemic era, will now allow the WHO to be heterodirected through Tedros or whether it will try to put a qualified person in the chair, with an irreproachable personal history and ready to act as a true guarantor of world public health.