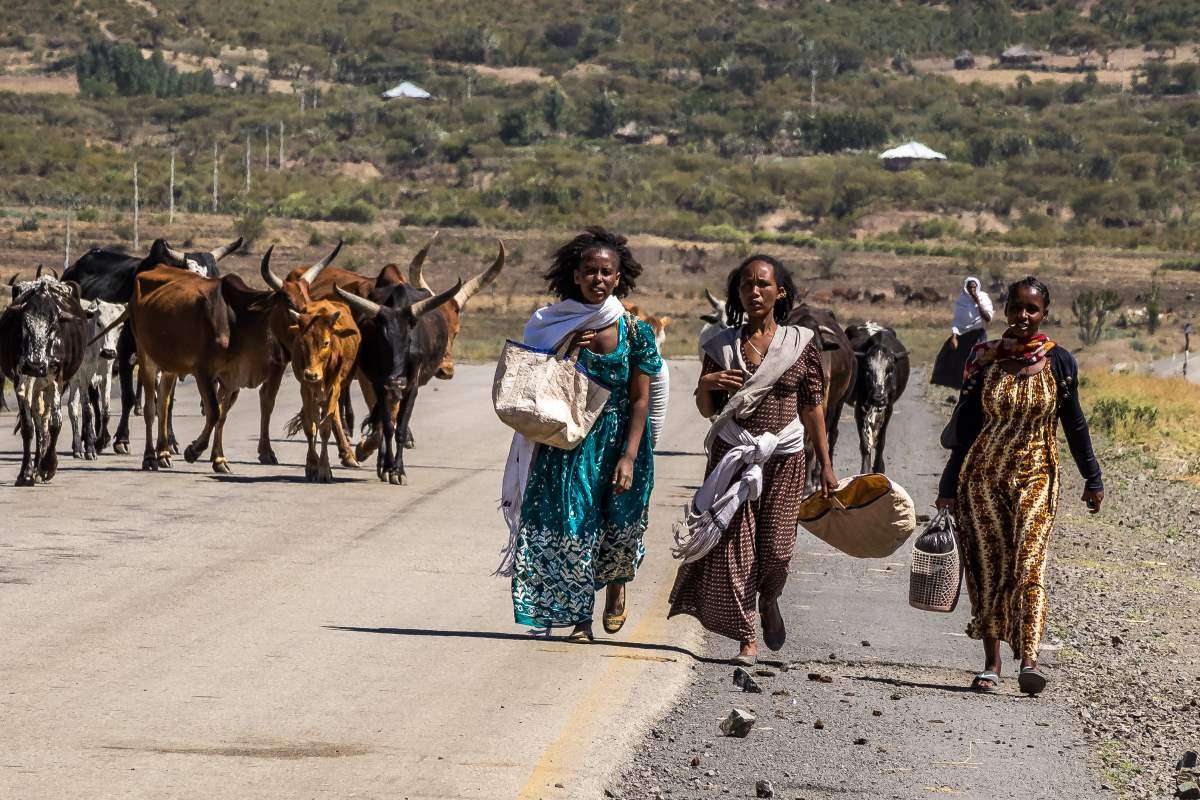 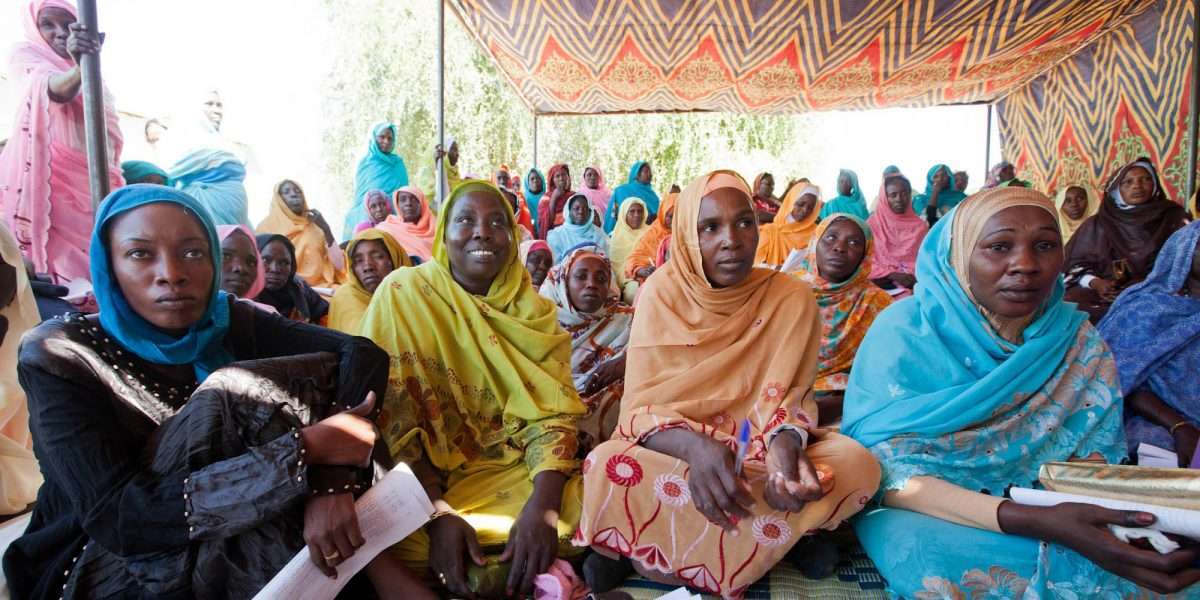 Following the TPLF’s pre-emptive, massive and reckless attacks on Ethiopia’s Northern Command in early November last year, there have been myriad humanitarian challenges. But, another defining feature of the tragic situation has been the relentless spread of disinformation. We have been inundated with a seemingly endless stream of sordid reports and allegations of lurid crimes. Among the most prominent – and especially gruesome – allegations that have been disseminated have been those related to rape and sexual violence, including by Eritrean soldiers.

At the outset, rape and all forms of sexual violence are deplorable, horrific acts that have absolutely no place in any society. They are totally unacceptable and must always be rejected and denounced in the strongest terms. That said, however, because they are such grave violations and since they have serious consequences and implications, it is imperative that we not only take all claims or allegations seriously and treat them with utmost concern, but also subject them to rigorous scrutiny. The allegations about Eritrea are utterly false, which closer consideration makes quite clear.

First off, anyone with even minimal understanding of, or knowledge about, Eritrea would know that the allegations that are being feverishly spread are at complete odds with the country’s history, culture, and norms. Sexual violence, in all its manifestations, is – and always has been – illicit, intolerable, and totally abhorred in Eritrean society. The country’s Customary Laws – which date back to the 15th Century – included provisions for social ostracism and harsh penalties, mainly aimed at preserving the dignity of victims, in accordance with the respective indigenous laws.

Furthermore, during Eritrea’s long struggle for independence, the Eritrean People’s Liberation Front (EPLF) gave special attention to egalitarian, popular democratic principles and ideals, with a particular focus on women’s and gender-related issues. Thus, it enacted new laws in 1978 – while still in the field – that abolished forced marriages, bride price, child marriages, dowries, etc. This was especially significant because the liberation movement was attracting a huge number of female freedom fighters.

Subsequently, after winning its independence in 1991, Eritrea established a detailed legal framework, with strict enforcement and punitive measures, against sexual violence, including: rape; seduction of young people into sexual intercourse; sex trafficking and prostitution; pornography; adultery; and incest.

These legal measures are part and parcel of the country’s strong and far-reaching commitment to gender equality and the empowerment of girls and women in all aspects of life and society.  It is worth noting, as well, that Eritrea’s efforts in this regard have, according to the African Development Bank, “gone a long way towards achieving gender equality.”

Second, there are a number of other critical points that are being completely overlooked, if not willfully suppressed. For one, it is undeniable that for many years, sexual violence has not been uncommon or rare in the Tigray Region of Ethiopia. During the past few years (and even far prior to that), numerous local and mainstream media, including the BBC, as well as countless women’s groups and organizations, frequently highlighted how the region was “unfriendly to women”, how misogyny was common, and that sexual violence was rampant and often went unpunished.

What is more, empirical findings from a large number of peer-reviewed academic studies conducted in the Tigray Region have established that rape and sexual violence, which comprise only one part of the larger issue of gender-based violence (GBV), have long been significant problems in the area.

For instance, in a cross-sectional study by Galu et al., examining sexual violence suffered by female administrative staff at Mekelle University, researchers found that out of 356 respondents, about half (180) had experienced sexual violence, with 34.3% of respondents suffering sexual violence in the workplace. Importantly, actual rates of violence were quite likely higher since victims tend to underreport. According to the study, the most common perpetrators of sexual violence were bosses, workmates, students, husbands, and boyfriends. It is worth noting that this study was published in early 2020 – only some months before the current claims were raised.

The study’s findings were mirrored by those of an investigation of GBV in other places of Tigray Region, which was also published in early 2020. Specifically, using data collected from a sample of 1253 women from the seven administrative zones in the Region, as well as information gathered from focus group discussions and in-depth key informant interviews conducted with relevant governmental and non-governmental bodies, Gebre et al. identified 21 forms of GBV suffered by women in Tigray.  Out of these various forms of GBV, some of the most prevalent included: unwanted kissing, forced sex (i.e., rape); strangulation; slapping and kicking; improper sexual comments; compelling women to engage in sex in exchange for something; detaining women against their will; removing or stripping women’s clothes; and disfiguring women’s bodies.

Notably, in 2017, another cross-sectional study on sexual violence in Tigray was published, this time focusing on the magnitude, complications, and predictors of rape among gynecologic outpatient department visitors in the region. The study, which included 918 gynecologic outpatient department visitors from all hospitals in the Tigray region, found that about 13% of visitors were rape victims.

While the study had a number of significant and noteworthy findings, two in particular stand out. One is the especially young age of many victims. Some were as young as eight years old, while teenagers were among the most likely to be victims of rape. Second is the particularly brutal, violent nature of the rapes. Specifically, a large percentage of victims suffered serious extra genital-anal injuries, while many victims also contracted sexually transmitted infections.

The themes of young victims and egregious violence are echoed  in an incident described within a 2016 UN Women titled, Shelters for Women and Girls Who are Survivors of Violence in Ethiopia. According to the report, “…there was an incident in Tigray…where a 13 year old girl was subjected to sexual violence that resulted in the amputation of both of her legs. Not only was the girl subjected to early marriage but also to domestic violence, a common manifestation of [violence against women and girls] in these societies”. Another noteworthy finding from the report is that there was a high demand for shelters in Tigray Region.

It is important to understand the influence of socio-cultural and traditional attitudes. Community perceptions about women, as well as longstanding gender relations in the community and the family play an important role in determining the way women are valued, treated and subjected to violence.

Although due to space constraints only a few studies are outlined here, their findings and conclusions are highly representative of the numerous other studies that have been conducted in Tigray Region. Overall, the large body of empirical work focusing on the region incontrovertibly demonstrates that rape and sexual violence against women have long been prevalent and serious societal issues.  In the event, while there is a need for caution against sweeping generalizations that may be misconstrued as ethnic stigmatization or profiling, the problem must be diagnosed properly and exhaustively in the search for lasting remedies.

A third extremely relevant point surrounding the allegations – albeit one that has continued to be overlooked and suppressed – is that shortly after its defeat and retreat, the TPLF released thousands of criminals – some estimates put the number at well over 10,000 – from prison. This was a deliberate move carried out alongside its other acts of mass destruction (such as destroying roads, airports, and telecommunications facilities) in order to sow chaos and promote instability, which the TPLF hoped would pose problems for local authorities and slow the advance of federal forces. It is noteworthy that many of the criminals who were released had been incarcerated for theft, serious violence, and sexual-related crimes. In light of these facts and circumstances, it is not unreasonable to expect or believe that if there was indeed a surge in crimes in recent months, such as rape and sexual violence, these may be correlated with TPLF’s sudden release of thousands of criminals.

There are other aspects of the allegations that are impossible to take seriously.  For instance, some have claimed that “rape is being used as a weapon” in order to “make victims HIV positive”. However, a simple cross-checking of the basic facts illustrates the logical fallacy of this outrageous claim.

HIV prevalence in Eritrea – which hovered at around 4% in the early 1990s – has been reduced significantly in the past decades as a result of comprehensive and aggressive government health policy, intensive community-based public awareness campaigns, sensitization programs in schools and youth clubs, interventions by religious groups, as well as the un-inhibitive use of condoms.  These integrated programs have reduced HIV infection prevalence to 0.36%, while new infection rates stand at 0.2%. In stark contrast, the comparative current figure in urban areas in the Tigray Region of Ethiopia is approximately 4.2%. It is also worth keeping in mind that HIV prevalence is higher in women than men. Within this overall context, the claims about “spreading HIV” are simply absurd.

Overall, it ought to be quite clear to any reasonable, objective, observer that the sordid allegations that continue to be peddled about Eritrea are preposterous and utterly false. The simple fact is that they are part of a frantic, last-ditch, propaganda campaign by the TPLF and its enablers to obscure the TPLF’s high crimes and culpability in instigating the conflict; and, to scapegoat Eritrean and Ethiopian governments while extending support, and ultimately provide a lifeline, to whatever remains of the largely defunct TPLF Clique.