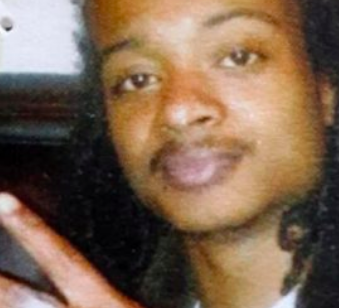 As Jacob Blake echoes the name of George Floyd, an ulterior wave of anti-racial protests overtakes Kenosha, Wisconsin. Jacob Blake, a twenty nine year-old black man from Kenosha, was shot seven times in the back by white police man Mr. Sheskey as he was making his way back to his car where his three sons were waiting for him. The police officer that shot Blake and the remaining two officers that accompanied him are now on administrative leave. Blake was left paralyzed by the shooting and is currently in intensive care. His hospitalization conditions sparked ulterior outrage as, according to both John Eligon’s New York Times article and Shayndi Race’s Wall street Journal article, Blake has been reportedly handcuffed to his hospital bed because of an arrest warrant issued in July for charges of third-degree sexual assault, criminal trespass and disorderly conduct. The same woman who called the police on Blake the night he was shot, stating that he had trespassed her property, filed the third-degree sexual-assault report. Much like George Floyd, Blake was pushed to the forefront of global discourse by a viral video that captured the moment he was shot. The video clearly captures Blake calmly walking to his car as seven shots are fired. However, the nature of the incident remains unclear given its contextual complexity with contradicting versions being recounted by the police department and Blake’s attorney. As stated by Nicole Chavez’s CNN article, Blake’s civil rights attorney states that the police department is trying to depict Blake as a criminal, inflating Blake’s past charges in order to justify its behavior. The police department suggests that Blake was resisting his arrest, placing particular emphasis on an alleged knife that he was holding in his hand as he made his way to his car. Contrastingly, Blake’s attorney states that Blake was non-violent, un-armed and cooperative at the time of the shooting and that when the police arrived, he was simply trying to calm an argument between two women. As stated by Tom Mc Carthy’s article featured in The Guardian, Blake’s attorney denounced this incident as one of numerous examples of the inherent racial bias of America’s Justice system. Blake’s attorney emphasized the polar attitudes of law enforcement by juxtaposing Blake’s video to that of a seventeen year-old white boy, Kyle Rittenhouse, pictured at a protest in Kenosha a few days after Blake’s incident as he walks past officers undisturbed, holding an assault rifle he has just used to shoot and kill two people. As stated by the BBC and Bhaskar Sunkar’s article featured in The Guardian, in response to the shooting of Jacob Blake, the Milwaukee Bucks and Orlando Magic basketball team, which are both based in Kenosha, postponed their Wednesday playoff game and the NBA followed suit postponing all games scheduled for the same day. Prior to this game cancellation, the NBA has previously demonstrated solidarity for the Black Lives Matter cause through anti-racial slogans. This show of solidarity, other than being a marketing move, is also the result of a sincere identification with the cause of many basketball players, 75% of which are black and come from humble backgrounds. As the Black Lives Matter movement continues to trigger and aliment animated protests this renewed wave of social unrest is causing the movement to lose momentum and decrease in popularity as the public grows concerned of increasing violence and vandalism. The movement’s political ramifications are significant now more than ever, in the midst of developing presidential elections. Trump is attempting to exploit this delicate time of social instability to boost his campaign and win votes, promising an end to protest violence and renewed civil order. As stated by Dan Senor’s Financial Times article, in the wake of ulterior protests sparked by Blake, polls are turning towards Trump’s favor as the issue of vandalism and violence is increasingly emphasized, allowing both Trump and his wife to broadcast Trump’s new slogan of “law and order” in campaign speeches and on social media.